The more invested we seem to get in the beautiful romance between Woong and Yumi, the more we seem to anticipate that something bad could happen between the two. In the newest episodes, we were taken on a rollercoaster of emotions as the lovely couple experienced some trying situations, testing their love for each other. Here are five things we hated and two things we loved in episodes 7 and 8 of “Yumi’s Cells.”

1. HATED: Everything about Sae Yi

There are several instances throughout the series where Sae Yi is more than annoying. In episode 7, Sae Yi mentions to Yumi that Woong does not like a type of food she had packed for him, making Yumi feel very uncomfortable. To add to this, she has the audacity to realize that she’s in love with Woong and makes the drastic decision to move into the same apartment building as him. She continues to show up to his door, inviting him over for dinner even though she knows Woong is taken. And if this wasn’t annoying enough, when Yumi wants to surprise Woong and shows up at his apartment, she bumps into Sae Yi who is heading to Woong’s house to borrow something.

I think we can all agree when we say Sae Yi (Park Ji Hyun) is like a thorn in our side. She’s manipulative, conniving, and is obviously very toxic for Yumi and Woong’s relationship. Although it is clear that Woong doesn’t have feelings for her, it is still bothersome that Sae Yi is constantly around him, trying to sabotage their relationship. It is putting Yumi’s heart on guard and continually becoming the source of their fights. At this point, we are really missing Ruby (Lee Yu Bi) from the earlier episodes.

2. HATED: Yumi caring so much about what her friends think

Yumi meets her old school friends as one of them is about to get married. The girls end up teasing Yumi for not having a boyfriend to which she ecstatically admits that she is seeing someone. When one of the girls pesters her and tells her to bring her boyfriend to the wedding, Yumi gets worked up and agrees, despite knowing Woong would be too busy to attend. 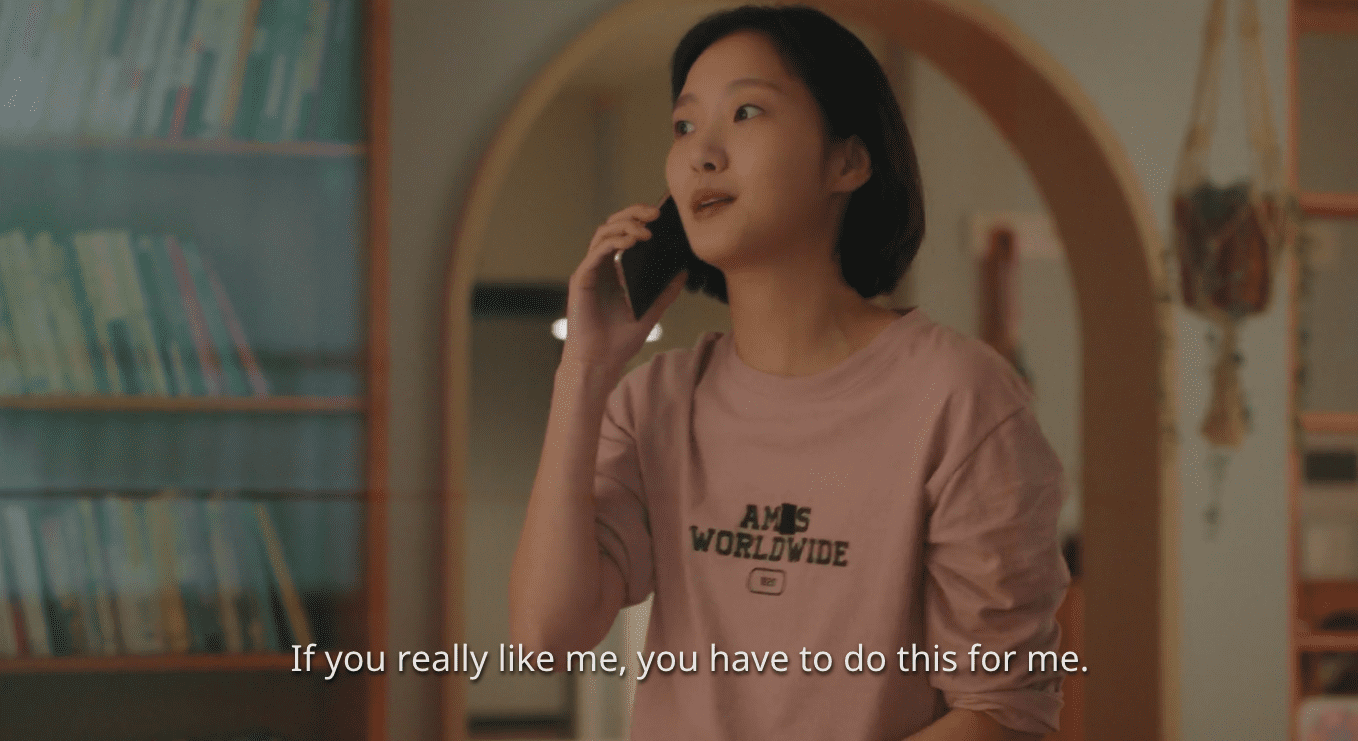 This part of the episode was very aggravating as we saw Yumi caring a little too much about what her friends think. Yumi feels the need to impress her friends and is fixated on making sure Woong is there at the wedding no matter what. She is desperate to make show her friends, but it comes off as being a bit too obsessive.

Even when Yumi gets anxious about what Woong will wear to the wedding and if he shaved or not, it was a little irritating for Yumi to be obsessing about these details – she lacked the appreciation for Woong even showing up to the wedding. He is making an effort to attend despite his very busy work schedule because it means so much to her. Her pestering was excessive and unnecessary. 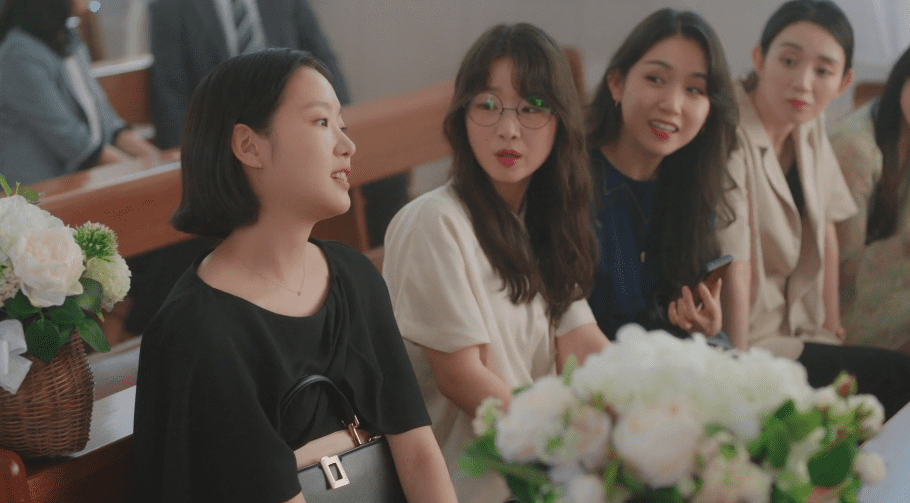 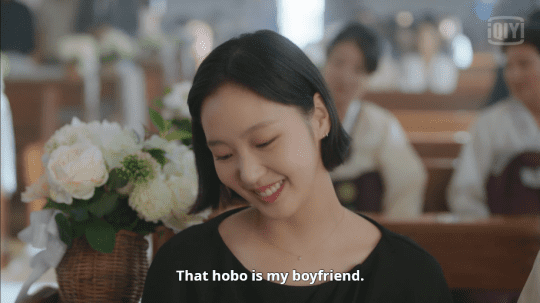 Although it was already revealed prior to the airing of the series that Lee Sang Yi would be making an appearance, it was still a delight seeing him! What wasn’t such a delight was seeing that he was the dreaded ex-boyfriend who shafted Yumi and left her for another girl. Yes, the source of all of Yumi’s insecurities and trust issues is stemmed in this one character. 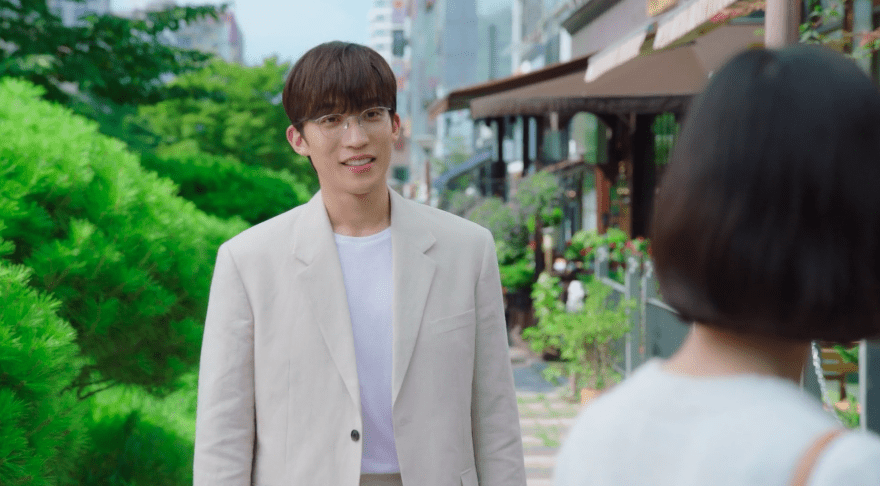 The face of deep-rooted rage: 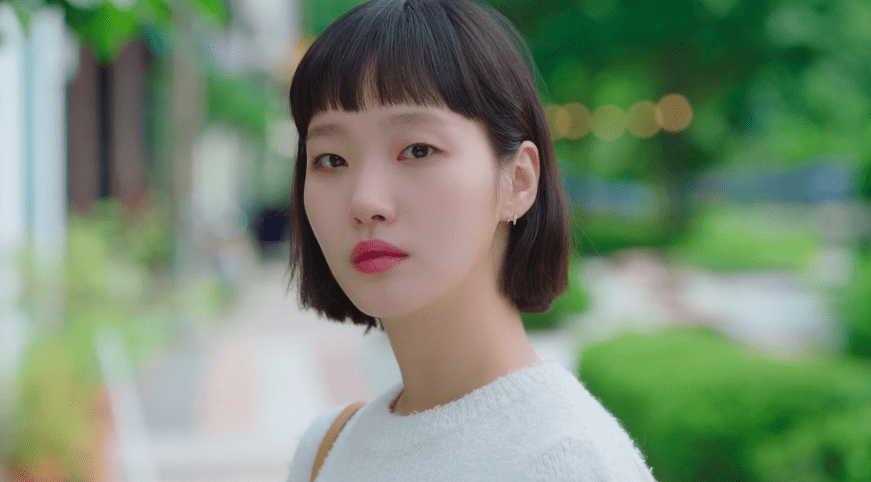 It was maddening seeing the toxic ex-boyfriend lingering around the entire two episodes. What made it even worse was when he wanted to talk to Yumi at the wedding to tell her that he was marrying the girl he broke up with Yumi for. There was nothing pleasant about his character, and it only made us angry at him for not leaving Yumi alone.

4. LOVED: Woong showing up to the wedding

The best part about the newest episodes was how sweet it was for Woong to show up to the wedding despite being swamped at work. After Yumi pleads with him to come to her friend’s wedding in hopes to put them in their place, Woong doesn’t even hesitate to take time off work to help Yumi out. He understands her need for him to be there, and he so sweetly complies.

Not only does he make an appearance looking quite dashingly handsome, he also plays along with Yumi’s over-exaggerated lies about getting married in Hawaii the following year with her boyfriend. Woong is the most understanding boyfriend ever, and seeing him even try and learn more about Hawaii so that he can help back up her lie was the sweetest thing ever. Give this boyfriend a medal. 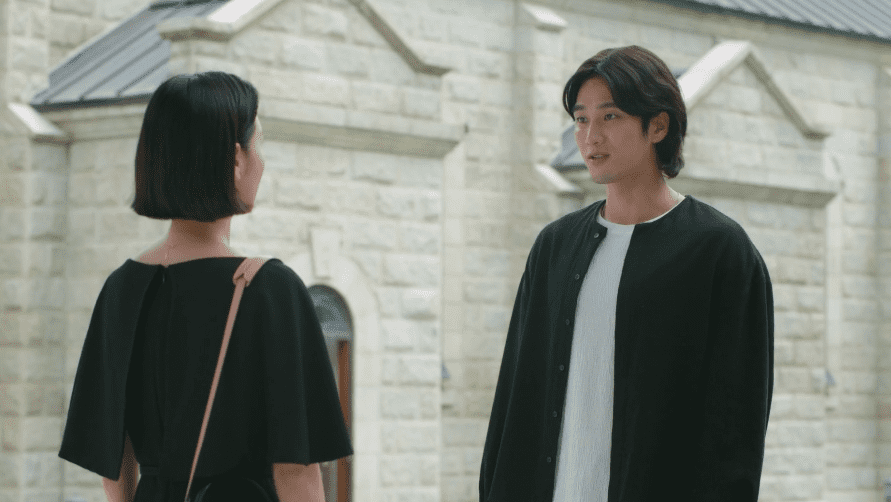 5. LOVED/HATED: The appearance of Jinyoung

Jinyoung appears as a drawn figure in the newest episodes, and his face isn’t revealed until episode 8. Readers of the webtoon anticipated this appearance as he is taking the role of Yoo Babi, a potential love interest of Yumi’s. Babi makes himself known to Yumi various times throughout the episodes – asking her for directions, returning her umbrella, bumping into her while jogging, and even shopping at the same grocery store as her. The two seem to be coincidentally seeing a lot of each other. 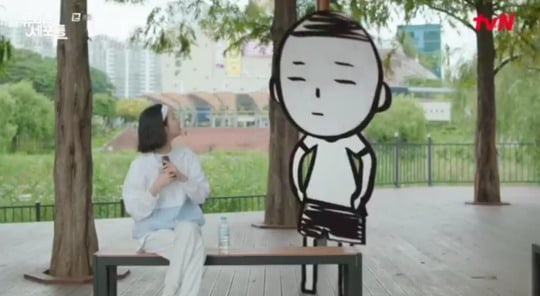 This part of the episode was especially exciting mainly because it’s Jinyoung and it’s always so heart-fluttering seeing his face on the small screen. He’s charming, adorable, and has the ability to captivate our attention even in the short amount of screen time he had in the newest episodes. But even so, we also have to anticipate the impending impact Babi will have on Woong and Yumi’s relationship.

With all the emotions and attachment that viewers have accumulated for Yumi and Woong, it is difficult to accept Babi as a potential boyfriend for Yumi. After all, Woong has given his heart completely to Yumi without wavering even once. It will be a difficult part of the series to process, so it is very much a love/hate situation.

Can we also mention how hilarious it was seeing Jinyoung in female friend mode: 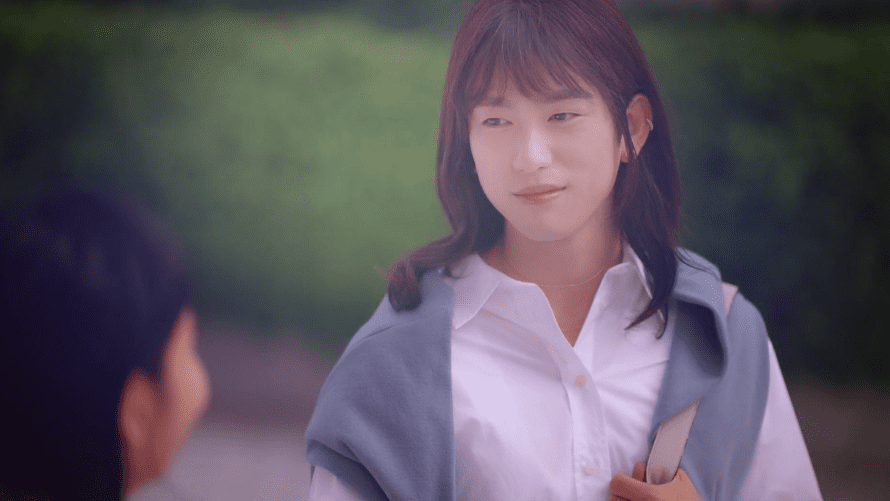 Woong is working a lot and has not been able to see Yumi as often as she would like, so when Woong gets off work a bit early one night, she decides to surprise him by showing up to his house. Her excitement comes to a screeching halt when she sees Sae Yi get into the elevator. Realization dawns on her as she understands that Sae Yi lives in the same building as Woong and Woong never told her about it. The two get off the elevator together and Yumi awkwardly trudges behind her to Woong’s door. Sae Yi grabs the wine glasses that she wants to borrow from Woong and walks away.

With the heartbreaking piano music in the background and Woong continually asking Yumi to come inside, the whole situation was utterly heartbreaking. As viewers, we could see the impending fight on the horizon, but what made it more heartbreaking was seeing Yumi completely broken, not even reacting or getting upset – it was a face of trust being broken, and we felt it. 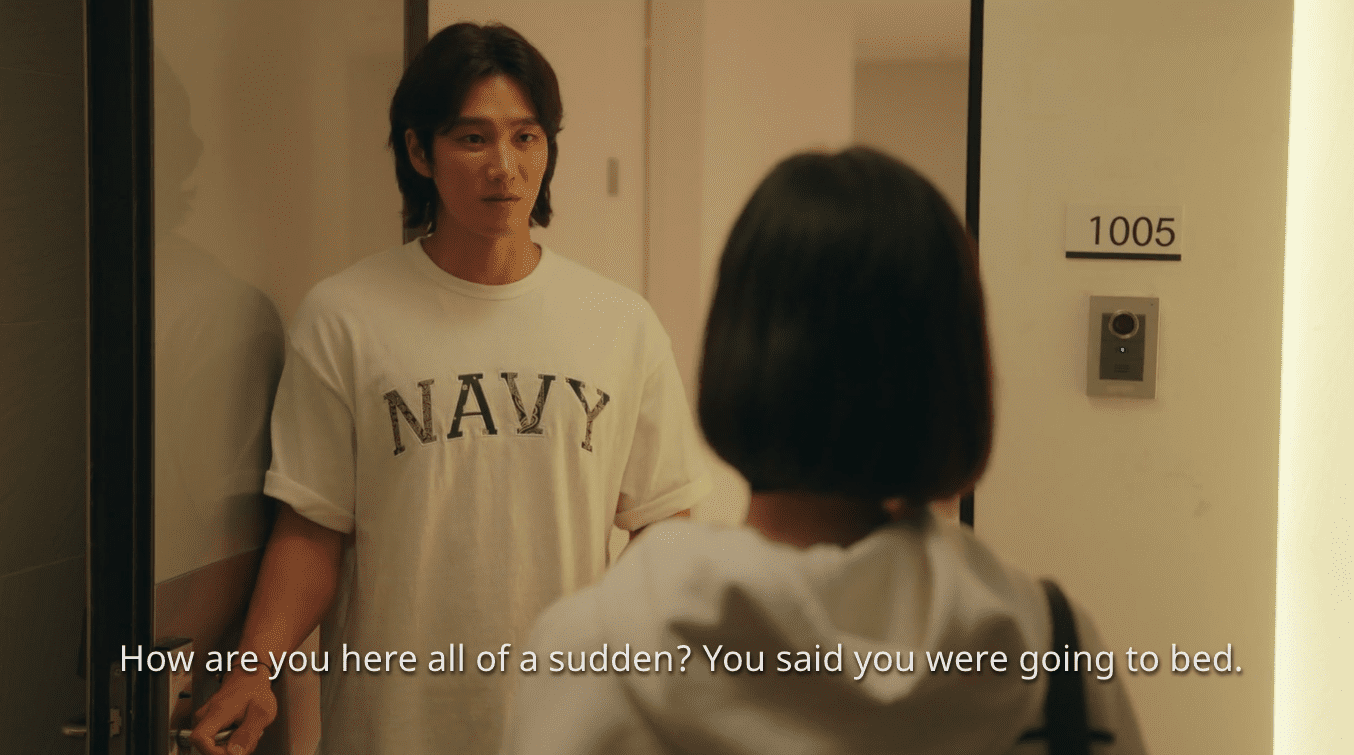 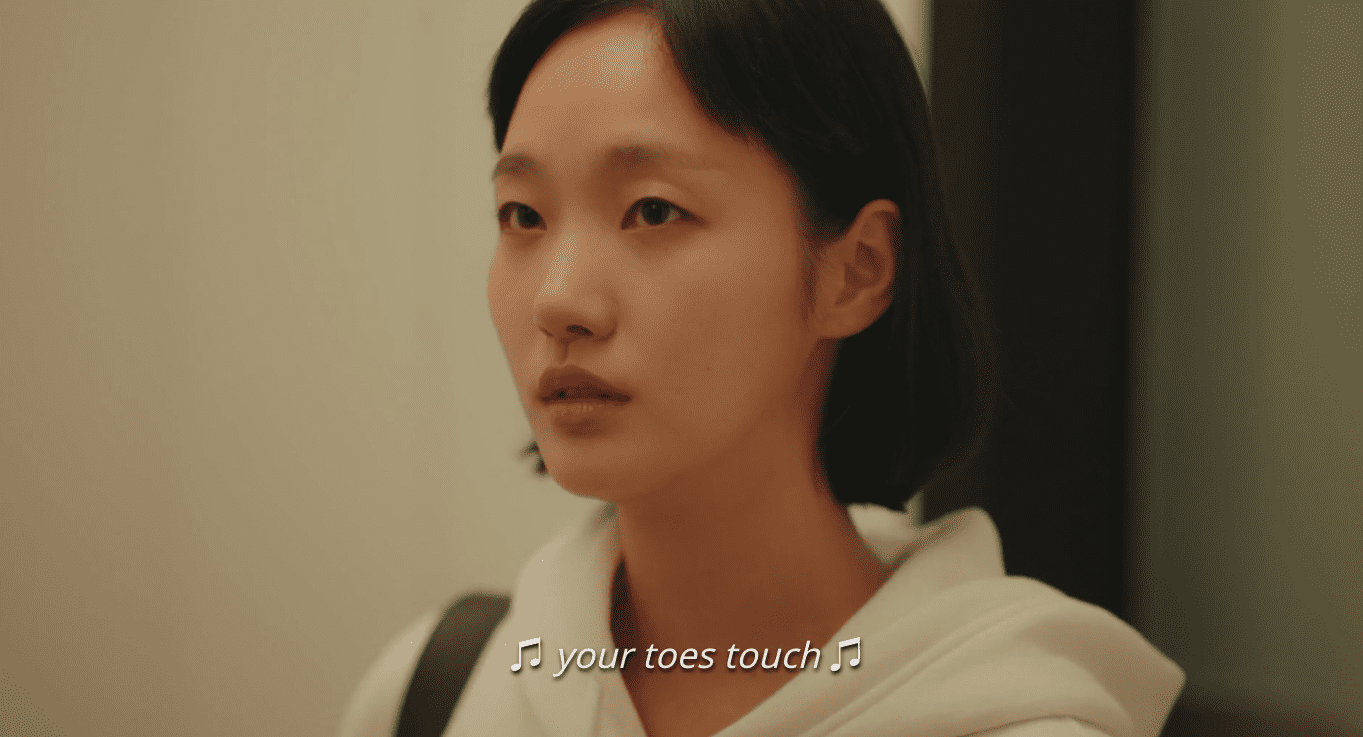 In spite of all the hurtful and aggravating parts of the newest episodes, we are rooting for Yumi’s love cell and hope that she’ll be able to find her true love!

Hey Soompiers, what did you think about Yumi and her situation with Sae Yi? Or the appearance of Jinyoung? Let me know in the comments below!

binahearts is a Soompi writer whose ultimate biases are Song Joong Ki and BIGBANG but has lately been seen obsessing over Hwang In Yeop. Make sure you follow binahearts on Instagram as she journeys through her latest Korean crazes!

Is it easy to be a Youtuber : Real story from Kenjumboy 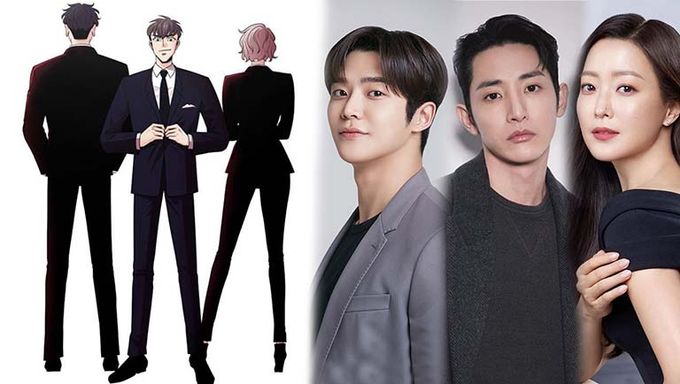