tvN has released a highlight reel of their upcoming drama “Jirisan”!

“Jirisan” is a mystery drama starring Jun Ji Hyun as Seo Yi Kang, a top ranger at Mount Jiri National Park, and Joo Ji Hoon as Kang Hyun Jo, her rookie partner who is hiding an unspeakable secret. The drama follows the rangers at the national park as they uncover the truth behind a mysterious accident on the mountain.

The highlight clip begins by introducing the beautiful landscape of Mount Jiri, an important mountain in Korean history and culture and the tallest mountain on the Korean mainland. (The tallest mountain in Korea is Mount Halla on Jeju Island.) The voice-over speaks of Mount Jiri as a place where many people have brought their hopes, desires, and fears. Despite the beautiful landscape, the clip soon shows that it is also a place of danger, where natural disasters like fires, flash floods, and just the harsh mountain terrain can lead to death for inexperienced mountain climbers.

The first line of defence for these climbers are the national park rangers, who are deployed in emergencies because they know the mountain better than ordinary emergency services. Those who climb the mountain do so for their own reasons, but the caption reads, “The ultimate goal of everyone who climbs this mountain is the same. To come back down again.” To achieve this goal, the rangers battle the elements, trauma, stress, panic, and more in order to rescue the people who are stranded on the mountain.

The second part of the highlight clip shows the lighter side of the rangers’ lives. They often have to deal with people who want to trespass into forbidden areas or pay no attention to environmental conservation. Seo Yi Kang, Park Il Hae (Jo Han Chul), and Jung Goo Young (Oh Jung Se) are the same age and became rangers at the same time, so the others often rag on Seo Yi Kang about her past. Kang Hyun Jo struggles to adjust to the other rangers’ pace, with Jung Goo Young quipping, “The only thing he’s got is that he’s tall.” Jung Goo Young has a crush on Lee Yang Sun (Joo Min Kyung), an administrative employee at the national park, but she rejects his advances.

The third part of the clip hints at the mystery that the rangers will get swept up in. There is rumor of a ghost that will kill any climber who sees it, and there are signs that someone is murdering people on the mountain and making them look like accidents. The drama also hints that Seo Yi Kang lost someone she was close to in an accident on Mount Jiri when she was younger.

Check out the clip with English subtitles below!

“Jirisan” premieres on October 23 and will be available on Viki. 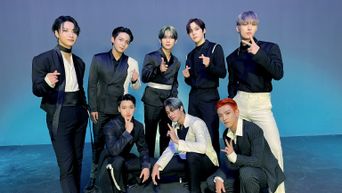